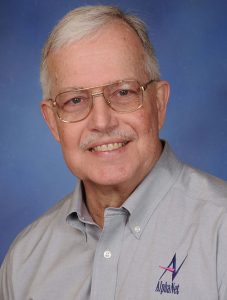 My name is Mike Benn. I have been the manager of AlphaNet Canada since its launch in 2014, and currently also serve as the Patient Services Coordinator for most of Alberta, Saskatchewan, and Manitoba.

I was diagnosed with Alpha-1 Antitrypsin Deficiency in 2006. I had no symptoms at all until I turned 56 years old.  I started having significant breathing issues in 2005, was initially misdiagnosed with asthma, and fortunately tested for Alpha-1 about a year later by an allergist. My major symptom is chronic bronchitis. I began Prolastin treatments in 2007.

I was a U.S. Navy officer for 26 years, retiring in 1996. I subsequently spent time as a corporate recruiter, a small business owner, and financial advisor. My financial advisor career ended in 2009, much earlier than planned,  due to breathing issues. Shortly thereafter, I became a Patient Services Coordinator for AlphaNet in the U.S. I served  in that role until early 2021, adding responsibilities as the AlphaNet Canada manager in 2014. When an AlphaNet Canada Coordinator position became available in early 2021, I arranged to assume that position myself, and now focus on Alphas in Canada full-time.

I grew up in Hannibal, Missouri, left for 30 years, and moved back with my wife Pat when I retired from the Navy. I spend much of my time off on the lake bass fishing.

My own AlphaNet Coordinator was invaluable to me when I was first diagnosed. My goal with AlphaNet Canada is to provide the same level of assistance to Canadian Alphas.